Connect with the Afghan Embassy Colombo 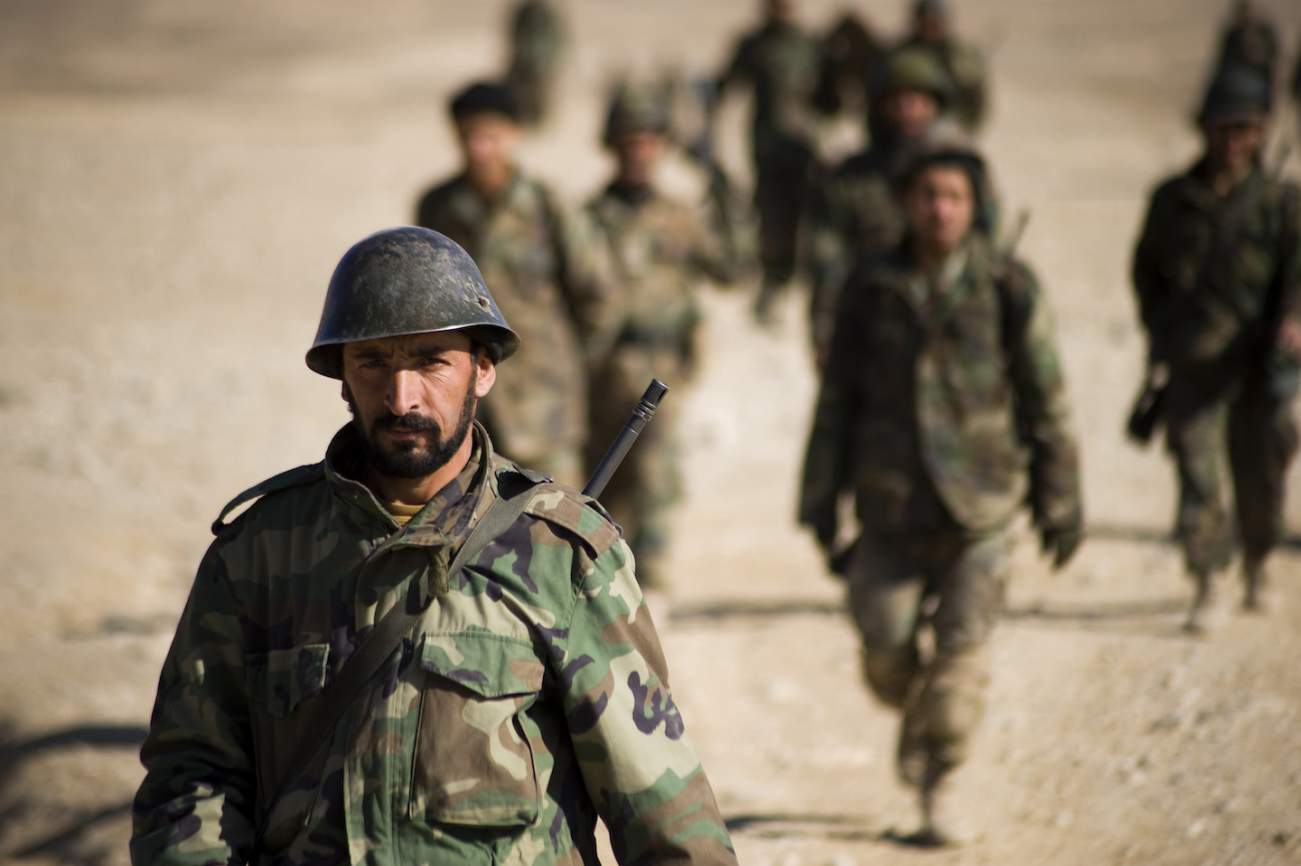 Published on June 15, 2017 in The National Interest

When the Afghan government hosted the first meeting of the Kabul Process for Peace and Security Cooperation on June 6, 2017, terrorists carried out a suicide attack on the ancient Great Mosque of Herat, killing ten fasting worshipers and wounding over twenty others. This followed back-to-back terrorist attacks that killed and injured more than seven hundred innocent civilians in Kabul in less than a week. In flagrant violation of the core tenets of Islam, a religion of peace and tolerance, and the key principles of international humanitarian law, this and many other terrorist attacks on Muslims and non-Muslims around the world have been carried out during the holy month of Ramadan.

This demonstrates the ruthlessness of terrorists and their state and non-state sponsors, whom the international community should boldly confront, in line with the UN General Assembly Resolution 60/288, which underpins the UN Global Counter-Terrorism Strategy. The strategy requires that UN member states “consistently, unequivocally, and strongly condemn terrorism in all its forms and manifestations, committed by whomever, wherever, and for whatever purposes, as it constitutes one of the most serious threats to international peace and security.”

A daily victim of terrorism with regional and transnational roots, Afghanistan has repeatedly reminded its neighbors—and the broader international community—that terrorism fed by state and non-state sponsored radicalism hardly recognizes borders. Instead, it transcends borders across the globe. Afghanistan doesn’t distinguish between terrorist attacks at home and those that have taken civilian lives in United States, Europe, Iran, Russia, Turkey, China, India and the Middle East. Afghans have long felt the pain of terrorism victims in these nations and continue to make the ultimate sacrifice to defend their country and the rest of the world against the intertwined threats of terrorism and radicalism.

Currently, Afghan forces are fighting some twenty different terrorist groups across Afghanistan. At the Kabul Process for Peace and Security Cooperation meeting, Afghan president Ashraf Ghani called on the world to “help us respond to this threat,” adding that “we are gathered in this conference because the world community signed promise that terrorism would not be tolerated. Sponsorship of terrorism would not be tolerated. Transnational financing of terrorists would not be tolerated.” He echoed the frustration of British Prime Minister Theresa May, following the recent London and Manchester attacks, that “enough is enough.”

Although Afghanistan has made notable progress in every sector since 2001, the country remains the regional and global front line in the fight against terrorism, narcotics and criminality. Between 2015 and 2017, seventy-five thousand innocent Afghans, including women and children, have been killed and wounded due to nonstop terrorist attacks on Afghan villages, towns, cities, public institutions and private institutions. This is a heart-wrenching price that Afghans must pay daily due to a lack of regional consensus on a plan to provide the country with long-term stabilization and sustainable development. The country’s neighbors fail to act on the fact that a stable Afghanistan ensures that the region is stable. Even though consensus on the need to stabilize Afghanistan often emerges in rhetoric, it hardly translates into tangible results for achieving durable peace, which the Afghan people desire, deserve and demand the most. Unfortunately, the elusive regional consensus on Afghanistan stems from the preference by certain state actors to advance their geostrategic goals through instrumentalization of non-state actors: the Taliban and others.

For instance, Pakistan deliberate avoids engaging with Afghanistan on a state-to-state basis, which has continued to derail the Afghan peace process. This tactic is effectively undermining the many peace initiatives pursued by the Afghan government, which have the support of key international allies and partners, including the United States and China. That is why the ongoing, devastating violence in Afghanistan isn’t a battle among Afghans but a complex conflict imposed on Afghanistan. Consequently, terrorists from the region and beyond have exploited this lack of interstate consensus and cooperation to further expand their operational space across Afghanistan, positioning themselves to undermine regional stability and prosperity.

It is in this context that Afghanistan’s neighbors must avoid preferring the Taliban over the Islamic State, as the former and the latter only share minor differences but enjoy a symbiotic, ideological and operational relationship, which reinforces one another. In other words, it is the Taliban and their state sponsors in the region, which provide an enabling environment for the Islamic State to operate in and out of Afghanistan against all. “Taliban sponsored terrorism is creating a platform that is bringing terrorists and criminals from all over the region to Afghanistan,” President Ghani told representatives of twenty-six countries and intergovernmental organizations in the Kabul Process for Peace and Security Cooperation meeting.

Afghanistan is thankful to the United States, NATO and its other partnering nations, which have stood by Afghans in their relentless defense against intertwined security threats aimed at weakening the country. These threats have far-reaching implications for international peace and security. Afghanistan also appreciates the financial pledges of development assistance during the 2016 Brussels Conference on Afghanistan, which will go a long way in strengthening human security in the country, effectively depriving terrorists of opportunities to recruit among Afghan youth.

In the same vein, Afghanistan is grateful to Russia, India, China, Iran and Turkey for the security-and-development assistance they are providing as Afghans strive to stabilize their country. Success in this collective endeavor will help these countries achieve their own stated end-goal of defeating terrorism while allowing Heart-of-Asia countries to focus on implementing win-win programs of economic revitalization, sustainable growth and regional economic integration.

To that end, Afghanistan wishes to become an area of cooperation among all regional and global stakeholders. This requires that the principal stakeholders come to a results-driven consensus on Afghanistan where the hand of the Afghan state is strengthened by state actors against all non-state actors, including the Taliban. The Afghan people, 80 percent of whom reject the Taliban, want their democratic state-building process to succeed, with the continued support of the United States and Afghanistan’s neighbors.

To ensure the sustainability of their shared achievements, however, the Afghan government will continue to pursue a political settlement with armed groups—including the Taliban—who accept the country’s basic conditions for peace talks.

However, for those peace talks to deliver tangible results, a third party must verify obstacles-to-peace solutions, which can range from distinguishing between good and bad terrorists, locating safe sanctuaries, and providing material support and operational capabilities to the Taliban outside of Afghanistan. Afghanistan’s international partners, like the United Nations, must measure and verify any success those solutions might yield. All efforts should translate into diminishing violence on the ground.

Recent peace processes, including the one between the Colombian government and FARC, show that when the support for terrorism is diminished, then militants are automatically compelled to opt for a win-win political solution through peace talks. Afghanistan needs nothing less for sustainable peace to take root in the country and the rest of the region.

All told, the following principles must guide any peace efforts to help find a durable solution to years of the destructive war in Afghanistan:

• First, there is no substitute for state-to-state cooperation, which must underpin all regional efforts to help the Afghan government reach peace with those armed groups genuinely willing to enter an irreversible political settlement.

• Second, sincere regional cooperation is essential for ensuring that any joint peace efforts will yield the type of results that Afghanistan and other countries in the region ultimately seek. Afghanistan wants to see an end to the Afghan people’s suffering. This would enable the country to further consolidate the hard-earned gains it has made over the past sixteen years in continued partnership with the international community.

• Third, regional consensus on the long-term stabilization of Afghanistan as a common good is emerging. This must continue to evolve and translate into concrete steps toward an Afghan government-led and Afghan-owned peace process, which must be taken by each of the regional and global stakeholders.

• Finally, the Taliban must realize that they cannot win militarily. The way forward shouldn’t be more of the same: violence and bloodshed. Instead, Afghanistan’s message to them is clear: the Afghan government and people want peace and they seek to achieve that peace through direct talks with the authoritative leadership of the Taliban. The best venue for these face-to-face peace talks is in Afghanistan or at a location mutually acceptable to both sides. In the Kabul Process for Peace and Security Cooperation meeting, President Ghani encouraged the Taliban to step forward for peace talks while warning the terror group that the government was “offering a chance for peace but . . . must also be clear that this is not an open-ended opportunity.”

The twenty-six participating countries and organizations in the Kabul Process for Peace and Security Cooperation meeting unanimously agreed that a stable Afghanistan is the key to ensuring regional and global stability. They noted that that goal can only be achieved through an Afghan-led and Afghan-owned political process “that has the full support of neighbors and international partners, as demonstrated in the successful peace deal with Hizbe-Islami,  Hikmatyar.” In the same meeting, President Ghani echoed this global call for peace in Afghanistan, arguing that “peace in Afghanistan will bring stability to our neighbors, to Asia, and to the world.” He concluded by quoting renowned Pakistani poet Iqbal Khan who said, “When Afghanistan is in accord, Asia is in accord; when Afghanistan is in disaccord, Asia is in discord.”

M. Ashraf Haidari headed the Afghan delegation in the Eleven-Party and Six-Party Meetings on peace in Afghanistan, hosted by the government of the Russian Federation in Moscow in April and February 2017. Haidari is the director-general of Policy & Strategy of the Ministry of Foreign Affairs of Afghanistan, and formerly served as the country’s Deputy Chief of Mission to India. Prior to this, he was Afghanistan’s Deputy Assistant National Security Advisor, as well as Afghan Chargé d’Affaires to the United States. He tweets at @MAshrafHaidari.